Everyone’s favorite artist Tumo Mere has finished another masterpiece! He continues working through the various cultures of Tikor and making amazing artwork!

This illustration is Dracon Emberpaths awakening the blood of a young one as they come of age. All Dracon go through this process, gaining a prominent Dragons Mark and marking their adulthood.

While the Dracon are not dragons or half-dragon, or any of the sort, their original creator was itself one. This has left a trace of something…dragon, in their blood. It’s something that was once considered an ill omen amongst some other cultures. Their fear of The Wretched Ones still palpable despite none of them being alive for them.

Over the eons though, the Dracon have continued to embrace it and expand upon it. The profession Emberpath is all about that singular thing. Awakening that latent power in themselves and other Dracon. 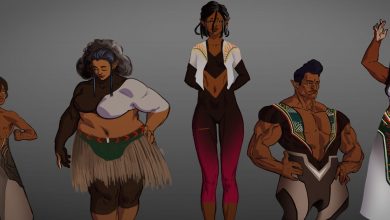