Not everything in Nature is friendly, oh no, there are monsters within the forests of Garuda. With an inescapable grip and a cavernous maw, the Nandi Bear stands as one of the most feared.

You’ve seen other animals such as the Shivasteed and the Ankole, but you haven’t seen anything like the Nandi Bear before. This monster is all about one thing and one thing only.

And the Nandi Bear can feed off of almost whatever it wants. No one knows what created this terrifying monster as no species in the Animal Kingdom recognizes them as kin. Not even the other bears within the organization. The monstrous behavior of the Nandi Bear has made it an enemy to all on Tikor.

With a mouth that unhinges into three fanged parts, the Nandi Bear could care less about whose and ally or not. It’s more interested in whose dinner and who will try futilely to outrun the monster bear. Unfortunately, the claws on a Nandi Bear are excellent for running, making them extremely fast at short to medium distances.

However, what the Nandi Bear isn’t a sprint hunter, its an ambush hunter. Despite its massive size, the Nandi Bear walks with softness and grace, capable of avoiding much of the noisy underbrush. When it’s in range, it leaps at their target, grabbing on their prey with their massive front arms. Few animals are capable of escaping the grip of a Nandi Bear, and humans certainly don’t.

With their prey helpless, the Nandi Bear opens its maw and positions it over the prey’s head like a nutcracker. Then with incredible jaw strength, it cracks the victim’s skull and uses its tentacle-like tongue to scoop the brains out. Because that is the only thing the Nandi Bear enjoys eating, the brains of living creatures. 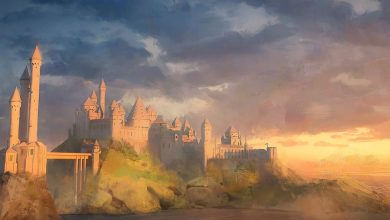