At over two kilometers long the Wanderer Caravan is almost a wonder in itself. Some call them nomads, but Wanderers just consider all of Tikor home.

Swordsfall Lead Artist Tumo Mere has finished up the illustration for another Swordsfall culture, this time the Wanderers. Before I get into the lore I just want to point out the colors in this piece. That sunset just looks astounding. This is the kind of piece that makes you want to move to Tikor.

Most cultures on Tikor have a home and city to call their own. The Wanderers don't and that's perfectly ok with them. Wherever they lay their head is home. Almost the entirety of the culture is contained within the massive Caravan. It's a site that astounds everyone the first time they see it.

There's always an almost steady stream of transports, wagons, and people joining and leaving the Wanderer Caravan as it slowly travels its yearly circuit. They say if you can't find what you're looking for at the Caravan, then it wasn't meant to be. 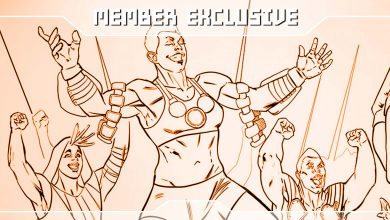 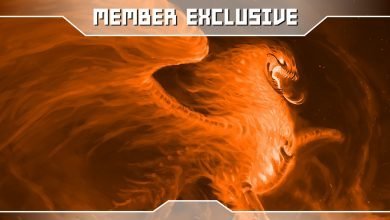