The work on Tikor's deadliest monster continues. The face of horror develops in Raksha Concept Sketch #3.

So from the Raksha Concept Sketch #2, Enmanuel made some changes at my behest. Here's what he told me before sending me the new art piece.

Ok so with your corrections, I've been working a bit more on the shape, the face and the overall position, just to see if you would like a more dynamic position.

Which you can see those changes in the art piece below. Now with those changes, you can start to see the African roots within the Raksha. One thing I noticed quite a bit was how most monsters either duplicate European or East Asian mythology. I almost found myself going along with that default until I sat down and really thought about it.

I sent Enmanuel a number of references from African culture like this one,

His changes really reflect that and I LOVE it! Especially with #2, I think the more dynamic pose helps the whole tone quite a bit. I'd like to see it open a little bit more probably. The leap of #2 is still very composed, I'd like it to be more the leap of a “Wild man”.

You know how a game will have the same move but in different “styles”. The calm walk, the swagger walk, the cute walk. That sort of thing?

I take #2 as the “proud warrior” leap. For the Raksha, I'm thinking more “The leap of a creature who doesn't' care how it lands as long as you're skewered on its spear”. Maybe the arm out more like its ready to snatch someone in it as well.

One touch I was thinking as well, was having the symbols all over his body glow with unnatural lighting, or that sort of thing. Different elements to make it clear it's not a human, just a humanoid form factor!

What do you think? 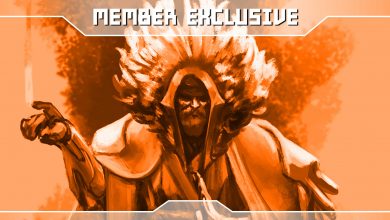