The greatest guardians of Tikor wouldn't be complete with their Pangool god infused abilities. Tumo Mere has started work on each of their signature abilities. Come check it out!

One of the things that make the Celestial Shields special is their connection to the Pangool gods. The patron gods of the See'er, the culture that built the entire schooling system of the shields. While the schools now house students around the world, originally all Celestial Shields were See'er.

It's this deep connection that enables all the Celestial Shields, no matter their birthplace, to connect to these mysterious gods. Unlike other gods on Tikor, the Pangool don't live on its mortal plane. These old and ancient deities exist elsewhere.

The total number of Pangool is unknown, with only six of their ancient temples unburied.

The concept art Tumo came up with shows a Celestial Shield using each one of the distinct six abilities that come from the gods.

To read about the six abilities make sure to read the lore!

Personality Quiz | Which Badass of the Killer Krew are you? 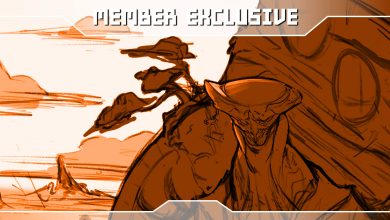