While the illustrations for the Killer Krew may be finished, we aren't quite done yet. One of the things I want to support when it comes to Swordsfall is cosplay. And to do that requires a total 360 view of the characters.

This is the first step toward that! Eventually, we'll be doing full-on cosplay sheets.

Who are the Killer Krew?

Of the entire crew, Alara's history with Nubia is the most known. The one-armed second in command has managed to achieve a goal thought impossible. To be quieter than the notoriously stoic Captain. Amongst the fleet, the pair are often called “The Ghosts” due to their uncanny ability to go unseen in a room for a disturbingly long time. Silent and still they'll stand, absorbing in the room before someone finally notices their presence.

The two are the seemingly the closest of comrades, with Nubia seeking Alara's counsel frequently. That's mostly due to their other commonality. Swift and exacting statements punctuated with violence. Ocean life has a nasty habit of underestimating those who defy the common design. The seafloor is littered with the corpse of men who thought challenging a 1.5 meter, single-armed woman would be trivial. Alara is a prime example of why size doesn't matter. Especially when you're quick with a knife.

Nivan is different. At first, it's easy to mistake her as quiet, as she never just chats. When she does speak though, the illusion of a quiet woman is quickly shattered. Some of the random things that she's uttered in public have left people disgusted, horrified, or confused. Sometimes all three. Her favorite topic hovers around her self-professed love of weapons. All weapons. If it's capable of killing a human, Nivan will probably fawn over it. Or add it to her collection, by force if need be.

Her love of weapons is equally matched by her skill with them. Her title of Master of Arms was given to her as a personal title, not as a ship title. One earned in battle as, during one failed raid by a rival crew, Nivan cycled through 34 different weapons scattered around the battle. Each one used flawlessly, and brutally to clear the deck of the ship of the outmatched rivals. We know it was exactly 34 weapons used in that battle. Because she currently has everyone displayed in her quarters. Bloodstains still intact. As is often said, Nivan is different.

As is the tradition for the Killer Krew, La'Skrin is a silent man. An enormous giant 2-meter tall slab of silent man. When the group walks into an area, it's often La'Skrin that's mistaken for the leader, or at the very least, the muscle. While La'Skirn is indeed every bit as powerful as he looks, he's actually a bit of a pacifist. When it comes to a situation, the hulking man is most likely to advocate for a non-violent solution. On top of that, he never does so using his frame, instead, he often educates to illustrate his point.

Everyday philosophy from a towering man covered in armor. His origins are largely unknown, but rumors say he's a former Celestial Shield running from his past. La'Skrin's academic level knowledge of battle tactics is not only vital to Heaven's Fall, but also adds further credence to the rumors. Some of the members of his ship Dawn's Light joke that he's the heart of the Killer Krew. Just not while he's around, gentle or not, he's still 2 meters of brawn. 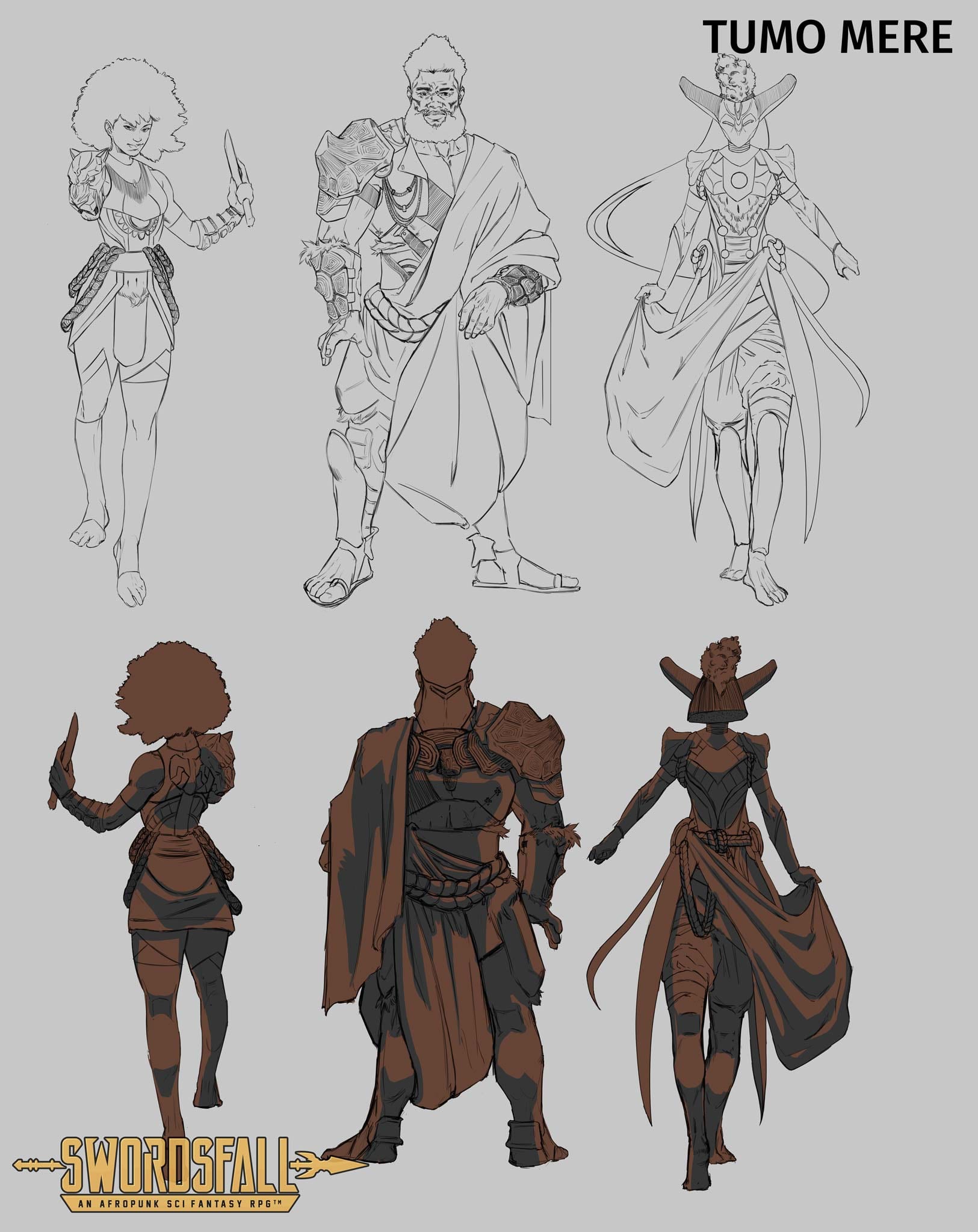 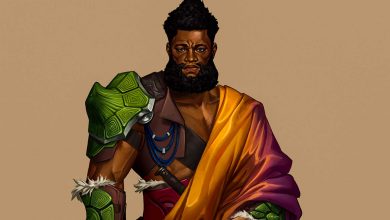 Art Drop | La’Skrin, The Master of Tactics of Heaven’s Fall