What to Expect from the Swordsfall RPG

So, something I get asked about often (by often, I mean all the time) is, will the Swordsfall RPG have a system? And if so, then what? It’s something I’ve avoided for the most part. Largely because I know that once you talk about RPG components, it dominates the conversation.

RPG Based on Genesys

The first thing to mention is that the Swordsfall RPG is not based on traditional d20 games such as Dungeons and Dragons. Nor is it one that morphs the story and world itself like Dungeon World. Swordsfall is about the lore and the story. Everything attached to it is built on that lore and the game is no different.

To do that I wanted to pair it with a system that allows the players to act out their actions on Tikor. Not just pair a popular system with it just because. The tenants of the design behind Genesys are closer to what I envision for the Swordsfall RPG. However, don’t run out and buy the core Genesys book just yet (or do it actually cause it’s a good book and fun system), because it’s not USING it. It’s just based on it.

I’m using the design philosophy is as my base inspiration and then modifying the shit out of it. The whole point is to make the players feel like they are playing out their character and story rather than just rolling dice and building stats.

The end result is a custom system that doesn’t have a name. Swordsfall RPG System or something, I don’t know yet. But the style of play does have a name. The smoothly titled, Cinematic Play.

So, what the hell does that mean? Well, the intention of the system is to feel like you’re playing through a cinema, movie or anime. The Swordsfall RPG uses a “Fail…but” and “Success…and” system that has gained popularity lately as well as the core of Genesys. That way it feels like every action, whether pass or fail, have some sort of outcome.

One of the things I hate the most is waiting for your action and all you can do is swing your weapon. You miss and then patiently wait 10 minutes to be useful again. That sucks, I hate it, and I don’t want it in my game.

The Basics of the Swordsfall RPG

Playing the RPG is pretty straightforward. You build your Positive Dice Pool from your mixture of character stats, skills, equipment, and environmental bonuses. Don’t worry, there’s not a lot of stat fluctuation so your pool will be consistent.

Then you’ll build your Negative Dice Pool from a mixture of Difficulty, environmental negatives and if there is an opponent, their stats. You take that and roll it. Depending on what the dice number is will depend on whether it’s a straight-up fail/pass, or if it comes with advantages and disadvantages.

Advantages and Disadvantages are the ways that a roll can lend complexity. In the Swordsfall RPG, it’s all about the various ways a roll can play out. Let’s say you’re hacking a safe, a success with a disadvantage would mean that you get into the safe…but something bad happens. This is where the player and the GM get to collaborate for a second.

Was it a backup alarm? Did a guard hear the safe opening? Did your tool break?

An Advantage in the same example could mean something like you crack open the safe and find extra money. Or maybe the plans to a top-secret weapon. Or maybe a map to some lost treasure.

You can also get an advantage AND a disadvantage. You open the safe, find extra money…that’s owned by a powerful syndicate on Prime. Since the outcome is crunchy but also narrative it gives the feel of a concrete outcome with a nebulous outcome. And that’s what the Swordsfall RPG is all about at its core.

The Dice for the Swordsfall RPG

So, the first real thing to establish is, what exactly is a Character Stat, or shortened as just Stat. In Swordsfall there are six stats; Agility, Vigor, Cunning, Logic, Aura, and Determination.

Agility and Vigor represent your two body stats. One for the quickness of a body and the other for the strength and hardiness. Cunning and Logic make up the mind. For mental speed and the ability to use knowledge. Then lastly you have Aura and Determination, the two stats that represent the personality or soul of a person. One shows the natural gravity of a person can possess and the other for the sheer tenacity and will of a human.

Each skill is linked to a corresponding character stat. A skill represents the specialization of a stat. The end results of training and skill. For example, Athletics is linked to the Agility stat. The skill itself is associated with complex physical actions such as climbing or swimming.

There are four types of Skills. General, Social, Combat, and Knowledge.

The world of Tikor does not use a standard currency. There are no credits or anything of the sort. Some nations do have their own special currency, such as Hawklore, but that’s the exception and the not the rule. What the world does run on are Respect and Sway. These two components are responsible for how you barter and get things down in Swordsfall.

Swordsfall does not have classes, instead, it has professions. And because it’s a huge world, it has a large number of professions. In fact, there are over 30. Picking one at character creation isn’t an arbitrary choice. It dictates the kind of upbringing they had and the skills they were forced to learn.

More about Swordsfall RPG in 2020

That’s your taste of the Swordsfall RPG! There’s quite a bit more, but that should give you a sense of what you’re getting into. Once Welcome to Tikor and its suite of books ship then it’ll be time to talk more about the RPG.

But for now, let’s focus on all the sweet lore and amazing art coming out right now! 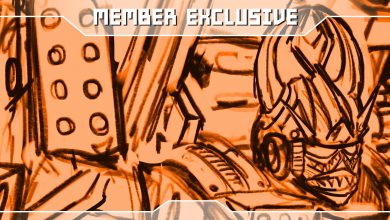