The Death card in a tarot deck can mean many things. On Tikor, it’s not always a card to brings dread to the heart. Sometimes it’s a sign of death to a past to bring about a new future.

The Concept of Death

Separation from the things that seek to destroy you. That’s what the Death tarot card truly represents. Death isn’t always about loss; sometimes, it’s about growth and strength. And no one on Tikor represents that better than a Spirit Medium.

This is what the artist Fluorescentwolf had to say about the finished Death Tarot Card.

I wanted to challenge the usual Death=Cold trope, so the card is very warm-colored. I had to twist the hand pose, so the lighting made sense, but otherwise, the pose is the same.

I think the orange plastic jacket gives a cool translucent “through the veil” look, and the jewelry is reminiscent of a ribcage. The spirits being a cool color balance the overall warm tone and are more graphically represented to set them apart from the material world.

Needless to say, Fluorescentwolf hit it out of the park with this one. The way the hand makes a shadow of a skull on the Spirit Medium’s face is just fantastic. I love that they were able to merge both the soul of Swordsfall and the meaning of the card into one. 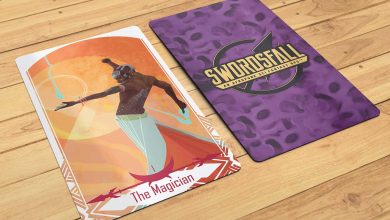 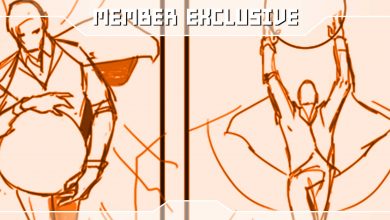 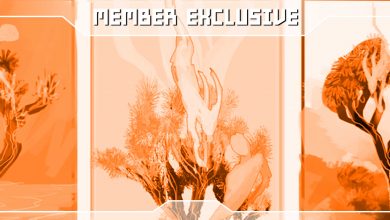