The World Tarot Card is about the presiding wisdom of the world. The font of knowledge. Of what happens when you become “one with yourself”. And no one represents that better than the God-King Hawken. Come witness the birth of the ultimate tarot card.

The World is the final major arcana tarot card and the power card in a way. When it comes to power in Swordsfall you can't say it without thinking of the King of Hawklore, the God-King Hawken.

This is what FluorescentWolf had to say about these concept sketches.

To keep that flapping coat in view, these options are all full-body, just what position and energy Hawken has. The first is sophisticated and subtle but has a diagonal movement for energy.

The second has the more energetic Jojo pose, and symmetrical to lend it an ascended/religious art vibe. The third moves Hawken to the side so he's less confronting and more nurturing.

What fantastic concept sketches these are! As usual it's hard to pick just one as all three are so good. The second one for sure. Along with a really vibrant effect around it. He is the world. His ego demands it.

Tikor Factoid | The Power of Names 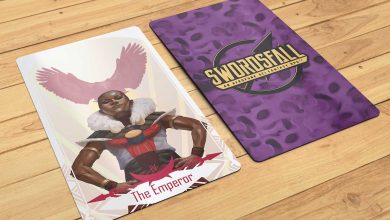 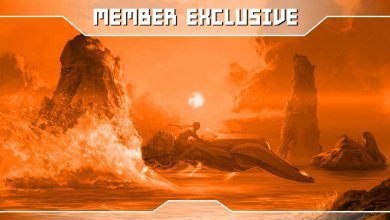 Watch for Falling Art
Tarot Card | The World
1 week ago

Art Drop | Grimnest, Land of the Free
3 weeks ago