What's in a name?

Maybe every day, maybe every other day, but either way, some fun random factoids from Tikor are here for members! Fun, informative and EXCLUSIVE…

I decided to start something up today. I like to share bits of lore, and sometimes it's too short for World Anvil, and I don't want it to get lost on Twitter. So, I decided to put it here! I'm not going to say on what kind of time table, but it will be something!

Most living beings on Tikor will not say Xavian name. Or any cursed name. Names have power on Tikor, and saying someone or something's name isn't just air. We feel an attachment to our names as humans, that sense of self is attached to what we call a name.

For beings of far greater power, the pull only increases. And for some of them like Xavian, they're listening very carefully for their name.

That is in fact what is at the core of any summoning spell. Calling on the unique mixture of elements that makes a being and their soul. Then pulling at the personal label burned into them.

That's not to say it's as simple as calling its name and it'll come. But say the wrong name in the wrong place and the wrong time, and well things may change for you forever. 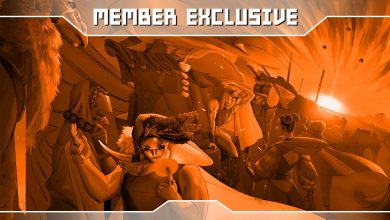